Have you ever dreamed of attending The Kentucky Derby - One of the most exciting, invigorating sporting events of the year? Well why not make that a reality and go on a fly drive holiday to Kentucky and experience the Kentucky Derby and beyond.  Visit the stunning cities of Lexington & Louisville, take a trip on the Bourbon trail, revel in the history surrounding the life of Mohammad Ali, and savour the amazing atmosphere surrounding the Derby while you are there. Platinum Travel can tailor the perfect Kentucky trip for you - have a look at our suggested itinerary and call us to discuss how we can make the ideal holiday for you!

Click on the green enquiry button below, fill in your details and one of our experts will call you.

Kentucky Derby & beyond - Here we come!

Pick up your & drive to your hotel in Covington, Northern Kentucky and stay for 2 nights. Located, 10/15 min across the bridge and you can be in Cincinnati. From northern Kentucky you can see the city of Cincinnati – some really great views. Enjoy a walk on the river and a dinner. Explore the town of Covington and all it has to offer.

Lexington, consolidated with Fayette County, is the second-largest city in Kentucky. Known as the "Horse Capital of the World," it is located in the heart of Kentucky's Bluegrass region. Lexington is home to the Kentucky Horse Park, Keeneland Race Courses, and Rupp Arena, the world's largest basketball-specific arena.

Visit Kentucky Horse Park - This world-class facility celebrates horses and highlights their relationship with man. Housed on a 1200 acre working horse farm, the park features more than 40 breeds of horses, the Hall of Champions, and two museums.

Tour Town Branch Bourbon Distillery and craft beer brewery. Part of the Kentucky Bourbon Trail. This is new distillery. The name, ‘Town Branch’, commemorates the body of water that currently runs under Lexington, on which Lexington was founded. Town Branch, once the lifeblood of Lexington, is again bringing joy to Lexingtonians and bourbon lovers alike

The Midway Historic District was placed on the National Register of Historic Places in 1978 and includes most of the town. Woodford County has also zoned the business section on Main (Railroad) Street a Historic District. Uniquely friendly and quaint place with a noticeable spirit. Embellished with local shops, cosy tea rooms, restaurants, and beautiful local architecture, the streets of Midway offer visitors an exceptional, relaxing experience. Because of its special charm and small town appeal visitors always leave Midway in high spirits

Louisville is the largest city in the Commonwealth of Kentucky.  Louisville was founded in 1778 by George Rogers Clark and is named after King Louis XVI of France, making Louisville one of the oldest cities west of the Appalachian Mountains. Situated on the Ohio River the city is known as the home of the Kentucky Derby, the University of Louisville, and its Louisville Cardinals athletic teams, Louisville Slugger baseball bats, and three of Kentucky's six Fortune 500 companies.

Dining in Louisville is second to none! A great place for dinner is the trendy and happening NULU district. NuLu is best known for its art galleries, specialty stores, antique shops and a growing number of local, upscale restaurants.

While in town, it is imperative you visit The Muhammad Ali Center. Located near Museum Row in Louisville, it is a museum and cultural centre that honours the Louisville native, internationally-known, world-champion heavyweight boxer and his values – it will take approximately 1.5h to have a good look around the centre and cover all the different sections.

Make sure to visit Williams Bourbon Experience. Located on Louisville's historic "Whiskey Row," Evan Williams is an artisan distillery, featuring tours and tastings. An immersive tourism experience celebrating the legacy of Evan Williams, Kentucky's first distiller and the namesake of Heaven Hill's flagship Bourbon brand. It takes about an 1h to 1.5 and it is a guided tour.

Or for something quintessentially American visit Louisville Slugger Museum and Factory, home of the World’s Biggest Baseball Bat. Experience history-in-the-making as you stroll through the factory where world famous Louisville Slugger baseball bats, the official bat of Major League baseball, are made. Another guided tour that takes about 45min

If you are planning to arrive for the Kentucky Derby, it is an amazing place to sit back and watch all the excitement building and the buzz about the town for Derby Day!

Located in the heart of Kentucky Bourbon Country and situated at the trailhead of the famed Kentucky Bourbon Trail, Bardstown is more familiarly known as the “Bourbon Capital of the World.” It is home to five distilleries, including Barton 1792 and Willett Distillery and these three Kentucky Bourbon Trail distilleries: Heaven Hill, Maker’s Mark, and Jim Beam. Major attractions include the outdoor musical, “The Stephen Foster Story,” My Old Kentucky Home State Park, the highly regarded Civil War Museum of the Western Theatre, My Old Kentucky Dinner Train, the narrated Heaven Hill Trolley tour, and The Kentucky Railway Museum – where Thomas the Tank Engine is known to put in appearances. Additionally, Bardstown has four 18-hole golf courses, three wineries, two haunted tours and numerous religious attractions. It was selected as the “Most Beautiful Small Town in America” in the Rand McNally/USA Today 2012 “Best of the Road” contest and landed in the top 20 of “America’s Favourite Towns” in a survey by Travel + Leisure – which also recognized Bardstown as having  one of “America’s Most Beautiful Town Squares.” In 2013, Bardstown was designated a certified Kentucky Cultural District, one of only six Kentucky cities to achieve this honour.

They can tour one of the distilleries, stop for lunch in downtown Bardstown and in the afternoon before heading back to Louisville visit and tour My Old Kentucky Home.

On the way to Bowling Green stop at Mammoth Cave National Park. The Park preserves the cave system and a part of the Green River valley and hilly country of south central Kentucky. This is the world's longest known cave system, with more than 400 miles explored. Early guide Stephen Bishop called the cave a "grand, gloomy and peculiar place," but its vast chambers and complex labyrinths have earned its name - Mammoth.

During your visit to Bowling Green, make sure to head to the Corvette Museum and the Corvette Plant. GM began production of the esteemed Corvette at the Bowling Green, KY assembly plant in 1981, and the facility has remained the exclusive home of the Corvette for over 30 years. Known around the world as America’s sports car, the Corvette exemplifies the definition of innovation. The Corvette is the world’s longest-running, continuously produced passenger car with more than 1.5 million produced. When the first Corvette rolled off the line over 60 years ago, it was born an icon, and GM has continued this reputation for the car with six decades of refinement and innovation.

National Corvette Museum features more than 70 Corvettes you will visit the mid-century barbershop and service station, make a stop on old Route 66 to see the cars that shaped America’s history. You'll see classics in mint condition, one-of-a-kind prototypes that never went into production, racetrack champions, and modern-day wonders of engineering and design. Interact with educational hands-on exhibits, enjoy a film in the theatre and see rare collectibles and memorabilia. You will also meet with new director of the Motorsports Park which will open in September 2014.

Drive to Nashville for your flight home 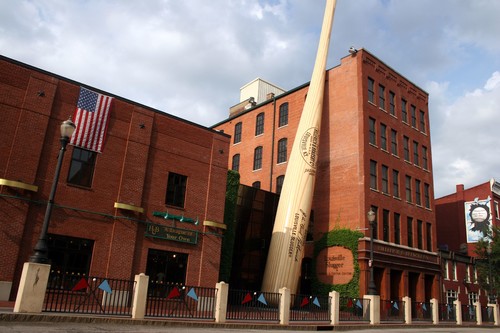 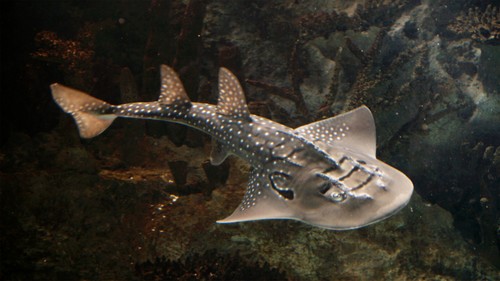 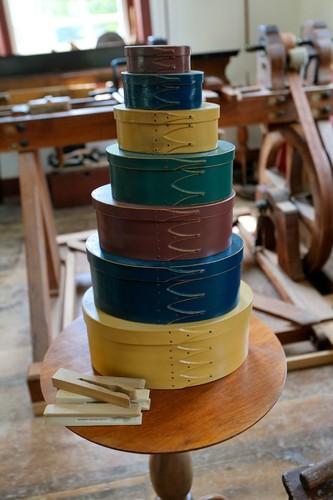 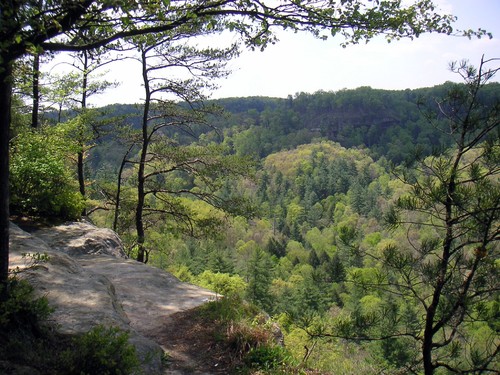 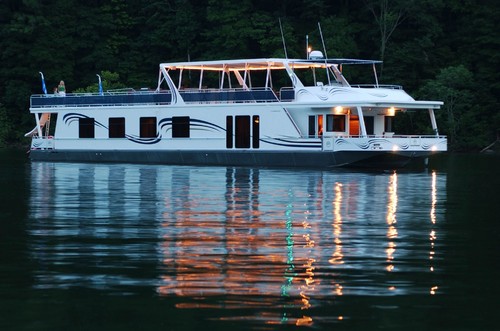 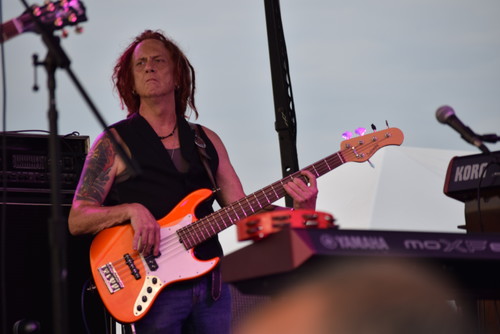 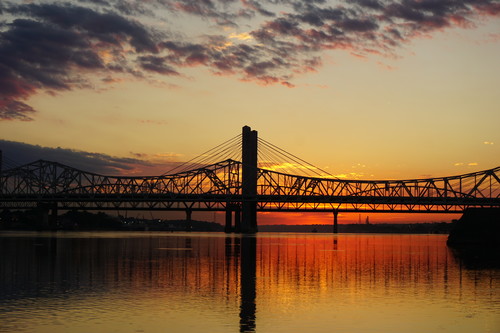 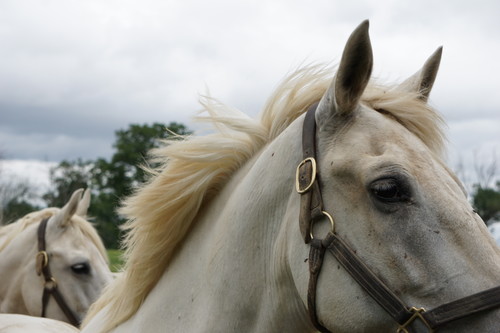